Following the upgraded rocket family’s fifth successful launch since its May 2018 debut, SpaceX has returned another Falcon 9 Block 5 booster to land after a drone ship recovery.

Falcon 9 B1049 is now the fourth flight-proven Block 5 booster in SpaceX’s flightworthy rocket fleet, all of which can be expected to fly numerous orbital-class missions before being retired or expended. Despite a relatively slow September and October ahead of SpaceX’s launch manifest, the final two months of 2018 could be quite busy, and will in part rely on the reusability of SpaceX’s Block 5 rockets.

Thankfully, Falcon 9 Block 5’s reusability prospects are looking extremely positive according to September 11 comments from SpaceX President and COO Gwynne Shotwell, who stated that the rockets (like B1049 today) were returning from launch in even better condition than was initially expected. As a result, it should be imminently possible for SpaceX to refly the same Falcon 9 Block 5 booster after as few as four weeks of refurbishment, with the goal to eventually cut the required maintenance so much that a given booster can refly in ~24 hours.

Shotwell: Falcon 9 first stages come back in much better shape than anticipated. Have refurbishment time down to four weeks; goal is still a one-day turnaround next year. #WSBW

Still, thanks to the higher-energy geostationary transfer orbit (GTO) missions all Block 5 boosters have thus flown on, reentry and recovery conditions wind up being far less forgiving, suggesting that what Shotwell, Musk, and SpaceX are really referring to when discussing 24-hour reusability is the rapid reuse of Block 5 boosters after low-energy launches to orbits far lower than GTO and lighter payloads in tow.

In particular, Falcon 9 Block 5 launches like Cargo Dragon resupply missions and other miscellaneous smaller satellites should not only leave the boosters in exceptionally pristine condition, but they will also intrinsically leave the rocket just a handful of miles (at most) away from the launch pad, a clear advantage to any truly rapid reuse. Drone ship-recovery Falcon 9s like B1049’s, on the other hand, require at least several days to be towed back to port, fundamentally limiting booster turnaround time for high-energy launches like Telstar 18V, Telstar 19V, Telkom 4, Iridium-7, and Bangabandhu-1. 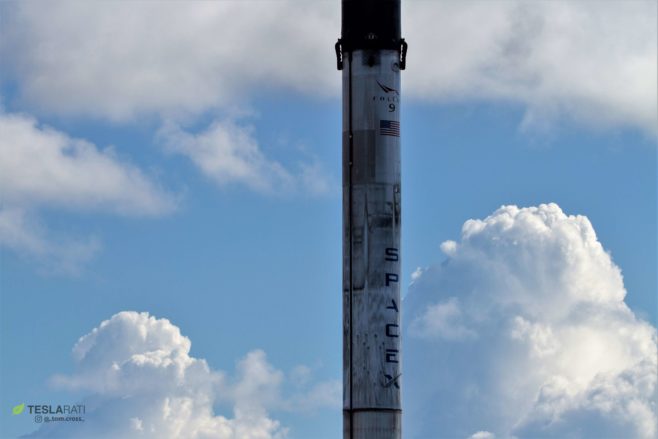 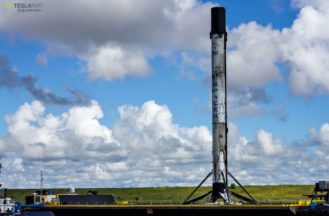 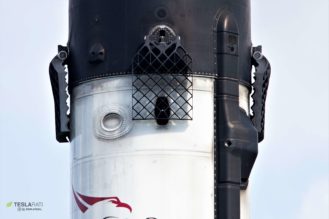 As is now the norm for Block 5, the booster looks to be in extremely good condition, although what really matters is the condition of the rocket’s octaweb heat-shield and Merlin engines. (Tom Cross) 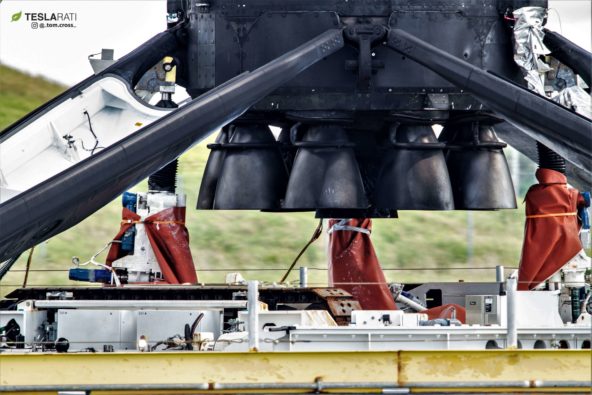 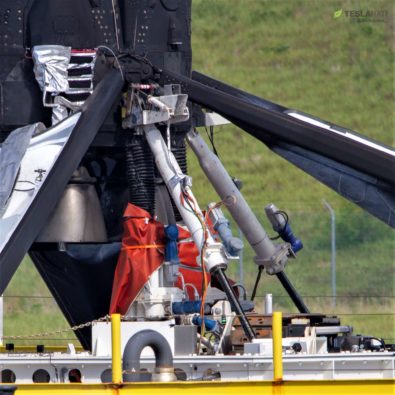 A sense of scale. (Tom Cross)

SpaceX’s next launch – Argentinian Earth observation satellite SAOCOM-1A, NET October 7 – will feature a number of critical milestones, including the second reuse of a Falcon 9 Block 5 booster, the first truly light and low-energy launch for the upgraded rocket, the first Landing Zone recovery for Block 5, and the inaugural debut of a dedicated Californian rocket landing zone scarcely a few thousand feet from SpaceX’s Vandenberg launch pad.

Although SAOCOM-1A is likely to be the only SpaceX launch in October, November may very well feature the first launch of Crew Dragon, an uncrewed demonstration mission that will see the spacecraft dock with the International Space Station to ensure that it’s ready for astronauts. SpaceX’s 19th Cargo Dragon launch is also expected to occur as early as December 1st.