Virgin Galactic, the space tourism company founded by entrepreneur Richard Branson, has successfully made it to space for the first time with VSS Unity, their SpaceShipTwo-class rocket-powered plane, during the craft’s 4th test flight. This accomplishment makes Virgin the first US-based venture to carry humans to the edge of space since the Space Shuttle program ended in 2011, edging out others with similar goals such as SpaceX and Blue Origin. After taking off at 7:11 am this morning and detaching from WhiteKnightTwo, its custom airliner mothership, pilots Mark “Forger” Stucky and Rick “CJ” Sturckow reached a height 51.4 miles high in the craft to the edge of the stratosphere where they experienced weightlessness and the curvature of the Earth. This success brings the company one step closer to civilian tourist trips, something Branson hopes to achieve as early as 2019.

Our SpaceShipTwo traveling among the moon and stars 🌗 💫 🚀 pic.twitter.com/fDKdguHWoW

Unlike a traditional rocket which takes off from the ground, VSS Unity is flown to 43,000 feet underneath a specially designed airliner before being dropped and subsequently lighting up its rocket engines to power it vertically to an even higher altitude. After a 60-second engine burn speeds the craft to nearly three times the speed of sound, it continues its ascent, coasting until it reaches maximum altitude. A special “feather” system is then used for reentry, wherein the craft folds its wings and behaves like a traditional space capsule until the air thickens again, at which time the wings unfold again and behave like a space plane, gliding back to Earth and landing on a landing strip.

Becoming a passenger on one of VSS Unity’s future flights doesn’t come cheap, the price tag being $250,000 per 90-minute flight. However, given the 700 or so paid reservations, including several celebrities, it’s not the money that’s the challenge, it’s the technology. On October 31, 2014, Virgin suffered a crippling setback with the death of co-pilot Mike Alsubry and injury of pilot Peter Siebold when a predecessor craft crashed due to a combination of human error and an engineering flaw. The company received an abundance of criticism focused on whether the danger of space tourism made the rewards worthwhile, but after following recommendations set forth by the National Transportation Safety Board’s report on the incident along with further design and safety enhancements, they forged ahead to make today’s event a reality. Branson started Virgin Galactic in 2004. 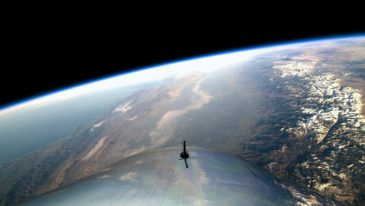 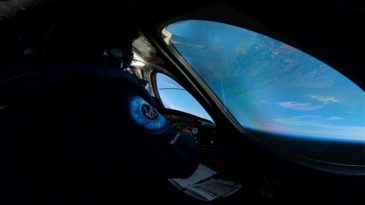 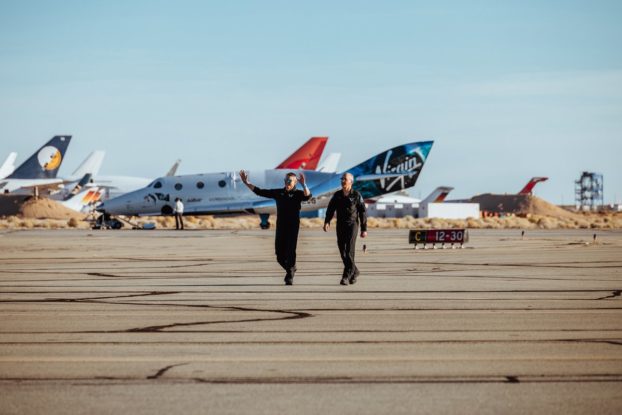 At 51.4 miles high, VSS Unity reached the technical definition of space, earning its pilots commercial astronaut wings by the US Federal Aviation Administration, although the usual international standard is the 62-mile “Karman line”. A typical NASA “sounding rocket”, a small rocket generally launched with equipment on board to take measurements and scientific experiments during an approximately 30-minute sub-orbital flight only, reaches anywhere from 30-80 miles above the Earth. That said, the lower altitude of VSS Unity also provides an opportunity for research, serving the dual-purpose of science and recreation. Four research payloads from NASA’s Flight Opportunities Program were on board its historic test flight as well as a test dummy, making the trip revenue-earning for the first time as well.

Virgin Galactic has more tests of VSS Unity planned before moving to Spaceport America in New Mexico where it will set up its tourism operation. Branson hopes to compete directly with Blue Origin, the rocket company founded by Amazon’s Jeff Bezos which also plans to ferry customers to space. Bezos’s venture will use a more traditional, reusable ground-based rocket, the New Shepard, that lands after returning from sub-orbit similar to SpaceX’s Falcon 9 first stages. Unlike Virgin, crewed flights and “pre-sales” have not yet been part of Blue Origin’s process, but plenty of information is available for potential customers on its website.

The parent company of Virgin Galactic (Virgin) has another space-based venture in its wings: Virgin Orbit. Using a system similar to NASA’s Pegasus rocket, a small rocket complete with payload will launch from a modified Boeing 747-400 airliner, the combo being called LauncherOne and Cosmic Girl, respectively. The company has its sights set on the small satellite industry, identifying a need that’s not currently being met by other launch providers, and its business model centers on proving low-cost access to space for existing companies, students, entrereneurs, and other types hoping to use space as part of their research or business endeavors.

Watch the below video clip for more on Virgin Galactic’s historic flight to space: