Every Friday, an increasing number of Tesla owners are taking photographs of pets in their electric cars’ frunks. Fondly dubbed as #frunkpuppyfriday, the adorable, lighthearted trend has started spreading across the Tesla community, reaching even high-profile owners such as Maye Musk herself. With the Friday photo sessions almost becoming routine among Tesla owners, it appears that the frunkpuppy fever will be around for quite some time.

This the story of the frunkpuppy trend — a look behind the frunk, if you will.

Tesla Model 3 owner Earl Banning works as an active duty Air Force neuropsychologist. As part of his work, he performs cognitive testing for active duty military personnel and retirees. The neuropsychologist opted to start a Twitter account in May to follow Tesla updates from Elon Musk, and before the month was over, he took delivery of his Model 3 — a black Long Range RWD variant that’s fully loaded with Autopilot and Full Self-Driving. In June, his Model 3 received software update v8.1(2018.24.1), and with it, his vehicle gained the capability to be summoned through the Tesla app. 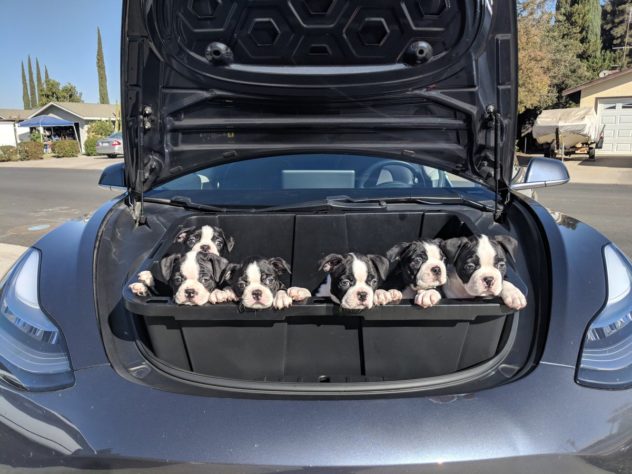 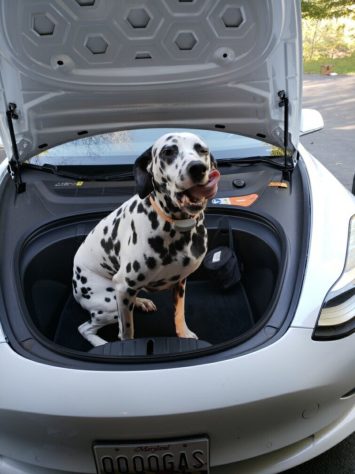 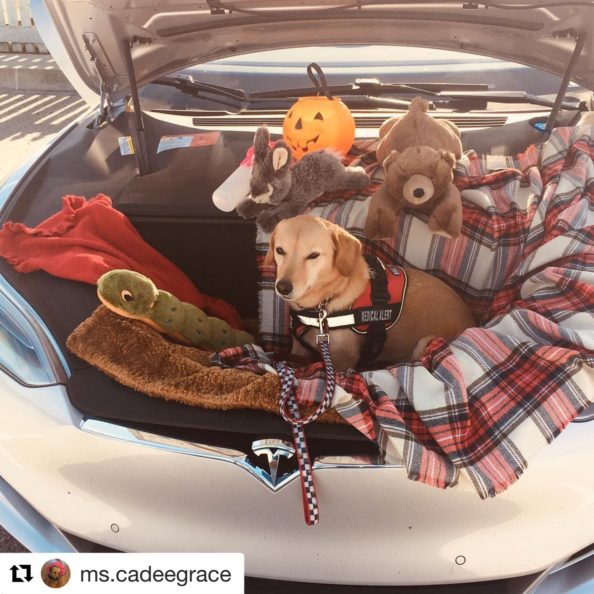 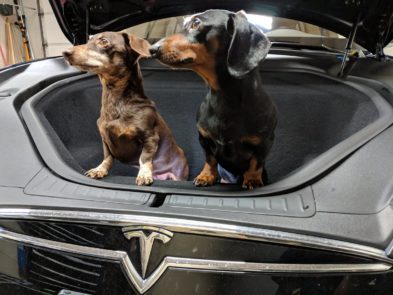 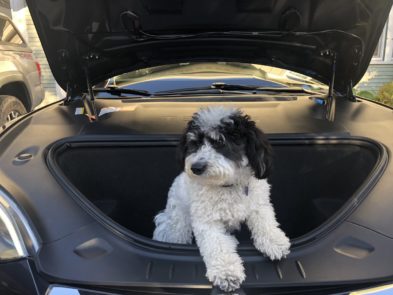 Earl posted a short video of his Model 3 pulling into his garage without a driver. The clip was picked up by Tesla’s official Twitter account, and later, retweeted by Elon Musk himself. As his following grew due to Elon Musk’s retweet, the neuropsychologist and pet enthusiast started posting images of his dog in his Model 3’s frunk. Things started taking off, and Norman, his labradoodle, even became a sponsor of an accessory for the Model 3. Earl also began to make connections in the TSLA Twitter community, all the while dealing with the TSLAQ group, some of whom were accusing him of faking his Model 3’s Summon video or being a paid Tesla supporter.

Tragedy struck in July. The neuropsychologist’s wife encountered a sudden and severe health issue, resulting in her being rushed to the ER and almost passing away. Doctors were not optimistic, stating that the likely outcome would either be death or severe cognitive impairment. Banning stayed in the hospital with his wife for around a month as she battled her illness, distracting himself by interacting with the online Tesla community. At one point, he opted to share his situation and his fears with other Tesla owners, and he found both support and catharsis. As luck would have it, the #frunkpuppy trend started gaining ground at this time as well.

Earl’s wife would eventually beat the odds. Though recovery will take a year, her life was no longer in danger. Earl’s frunkpuppy pictures started gaining ground online as well. Eventually, Trevor from the Model 3 Owners Club, who has a strong social media following, tweeted a picture of his cat in his car. Other social media influencers started picking up the trend. Dogs were followed by birds, rabbits, guinea pigs, and cats. One Tesla owner even shared an image of a snake inside a frunk. 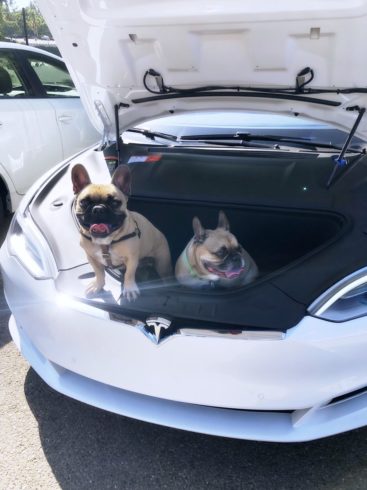 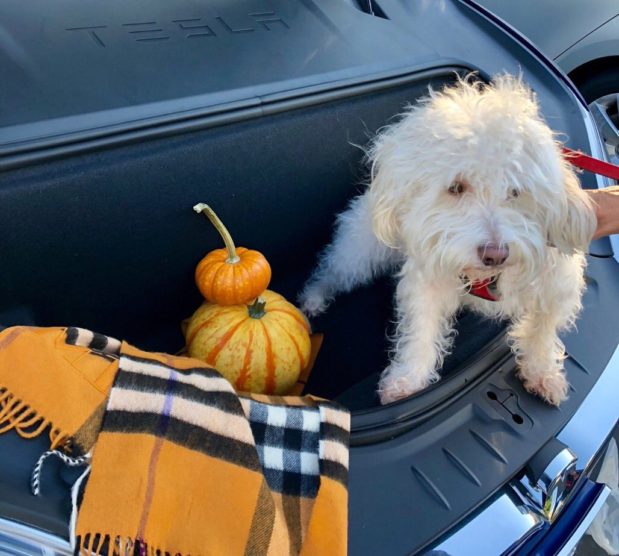 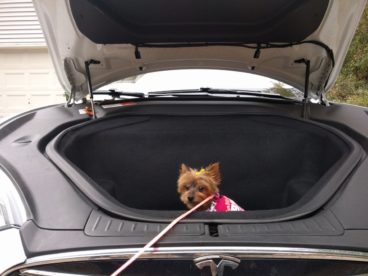 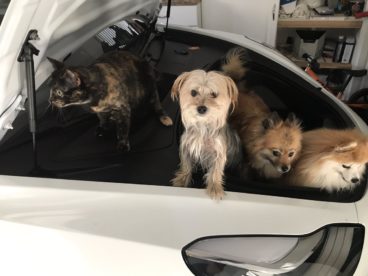 On October, the frunkpuppy trend struck gold. Maye Musk retweeted a frunkpuppy photo, promising that she would do a shoot with her dog as soon as she is able. Late October, she did just that, posting a rather fashionable picture of her rescue dog inside her electric car’s frunk. Her image was voted by the Tesla community as the best #frunkpuppyfriday photo of the week.

Earl admits that he doesn’t really know where the frunkpuppy trend will go. He dreams of eventually getting enough referrals to get a Roadster, then using the car for charity. At some point in the future, he hopes to start a nonprofit that helps veterans, stroke survivors, and traumatic brain injury (TBI) victims, or even one that gives people with disabilities access to Teslas with Full Self-Driving capabilities. In a message to Teslarati, the Model 3 owner notes that while such a scenario is unlikely, it doesn’t hurt to be optimistic.

“Will all this happen? Odds are not likely. But my amazing wife beat all odds, survived and will fully recover. My two daughters love frunkpuppy and Teslas, and they get to keep their mom in their life. This thought brings tears of joy, so I’m here dreaming big. Tesla’s mission is sustainable energy and less pollution. I want that for them,” he said.

There is no denying that Tesla is a polarizing company, attracting an equal number of avid supporters and aggressive skeptics. Amidst the volatility of the company’s stock and the drama surrounding Elon Musk, though, there is a community of owners that are simply happy and content with their electric cars — a community that is warming up to the idea of Friday pet photoshoots in their vehicles’ frunk.

Tesla owners are catching the #frunkpuppy fever: Here’s the story behind the trend