Tesla appears to be learning the art of under-promising and over-delivering. When Tesla announced the Mid Range Model 3, the company noted that deliveries of the vehicle would likely begin within 6-10 weeks. If recent reports from the Tesla community are any indication, though, it appears that deliveries for the Mid Range Model 3 have already begun, less than two weeks since the vehicle was initially launched.

In a recent post, Tesla Motors Club member ivan801 noted that he had taken delivery of his Mid Range Model 3. Based on images shared by the Model 3 owner, his vehicle was a solid black variant with black interior and 18″ Aero Wheels. The vehicle’s VIN was also in the 150k-range, suggesting that Tesla registered the electric car on October. The past month, after all, saw Tesla register more than 61,000 new Model 3 VINs, starting the month with numbers in the 118k-range and ending the month with the highest VINs at the 179k-range.

Apart from the TMC member’s post, a video of a Model 3 accelerating on a freeway on-ramp was recently uploaded on YouTube as well. The video’s owner dubbed the vehicle as the “economy” variant of the Model 3 in the clip’s description, though in later comments, the uploader remarked that the vehicle was a Mid Range Model 3. The short clip featured the vehicle accelerating from a sub-20 mph rolling start, and based on the video; it appears that even Tesla’s “slowest” vehicle to date is still pretty quick on its feet. 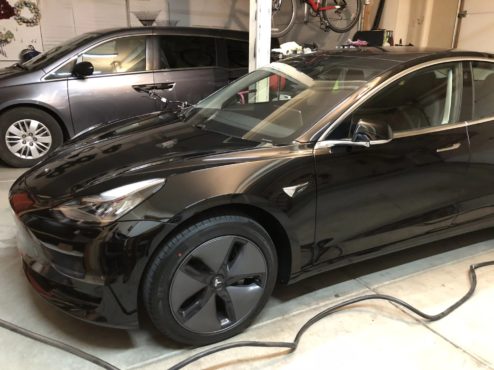 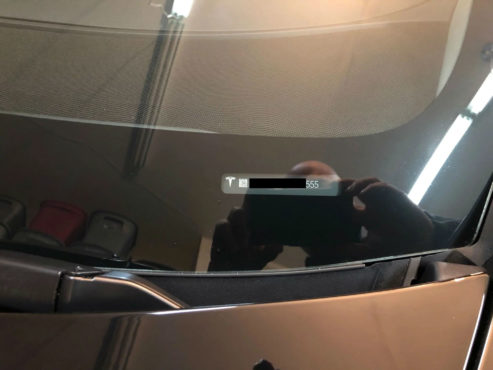 A Mid Range Model 3 has been delivered to a reservation holder. [Credit: ivan801/Tesla Motors Club]

In the days prior to the car’s announcement, Elon Musk began teasing the arrival of a “lemur” on Twitter. On October 18, Tesla released the Mid Range Model 3, a lower-cost version of its electric sedan that initially cost $45,000 before incentives. Neither Tesla nor Elon Musk announced the reasons behind the “lemur” references, though the little primate’s name could be a clever play on the vehicle’s LEMR variation (Limited Edition Mid Range, perhaps?).

While the price of the Mid Range Model 3 was adjusted to $46,000 not long after the vehicle was released, the new variant does offer budget-conscious reservation holders the opportunity to join the Tesla ecosystem at a time when the full $7,500 federal tax credit is still in effect. Earlier this year, Tesla sold its 200,000th electric car in the United States, triggering a phase-out period for its vehicles’ $7,500 federal tax credit. With the phase-out period in effect, electric cars that will be delivered starting January 1, 2019, would only be eligible for a $3,750 tax credit, 50% less than those who would take delivery before the end of 2018.

A recent email from Tesla to reservation holders noted that deliveries for the Mid Range Model 3 would start in as little as four weeks. According to Tesla’s communication, “current delivery timelines are 4 weeks for the west coast, 6 weeks for central and 8 weeks for the east coast.” The electric car maker further noted that those who can pick up their vehicle directly from the Fremont factory would likely see deliveries in “under four weeks.”

Tesla’s deliveries for the Mid Range Model 3 comes amidst Tesla’s improving production ramp for the vehicle. The past quarters have been difficult for the electric car maker, with Elon Musk dubbing the Model 3 ramp as “production hell.” After hitting its goal of producing 5,000 Model 3 per week at the end of the second quarter, though, the winds started to shift for the company. Things continued to improve in the third quarter, with Tesla delivering 55,840 Model 3 from July to September. What’s more, the company also surprised Wall Street by posting $6.8 billion in revenue and beating earnings estimates with a GAAP profit of $312 million.

With large numbers of Mid Range Model 3 expected to be delivered in the fourth quarter, and with upgrades from Panasonic and Grohmann expected to be installed in Gigafactory sometime in Q4, the current quarter might very well become Tesla’s most impressive yet.

Watch a Mid Range Model 3 accelerate on a highway on-ramp in the video below.