Tesla’s groundbreaking event for Gigafactory 3 showcased the company’s current lineup of vehicles and a personal appearance from CEO Elon Musk. As could be seen from images uploaded of the ceremony, Musk shared the stage with the first vehicle expected to be produced in the upcoming facility — a Tesla Model 3.

Unlike Tesla’s first Gigafactory in Nevada, which produces the Model 3’s drive units and battery packs, Gigafactory 3 is set to be equipped with production lines for both batteries and electric cars. As confirmed by Elon Musk earlier today prior to the facility’s groundbreaking ceremony, the Shanghai facility will be producing the Model 3 sedan and the Model Y SUV.

In a follow-up tweet, though, Musk also mentioned a particularly notable detail about Gigafactory 3’s output. In his update, Musk stated that the upcoming Shanghai facility would be exclusively producing “affordable” versions of the Model 3 and Model Y.  Higher-end versions of the vehicles, such as the Model 3 Performance, would still be built in the United States and exported to international markets, including China.

Shanghai Giga will produce affordable versions of 3/Y for greater China. All Model S/X & higher cost versions of Model 3/Y will still be built in US for WW market, incl China.

Such an announcement bodes well for Tesla’s strategy in the Asian economic superpower. Tesla’s vehicles in the country, after all, have so far been higher-priced than EVs produced by local electric car makers. By producing its lower-end Model 3 and Model Y in Gigafactory 3, Tesla would be able to price the vehicles very competitively in the country, mainly as the electric cars would not be subject to import taxes — regardless of the presence of a trade war between the United States and China.

Elon Musk has not provided more details about the “affordable” versions of the Model 3 and Model Y that would be produced in Gigafactory 3. In the case of the Model 3, though, Musk’s statement most likely pertains to the Standard Range version of the electric sedan. That’s a car that is, at its most basic iteration, priced in the United States in the same range as a top-tier Toyota Camry. The Tesla Model Y, on the other hand, is an electric car that would be competing in a market already enamored with SUVs. In China, a country that is aggressively pushing for the adoption of electric vehicles, such electric cars would likely be disruptive. 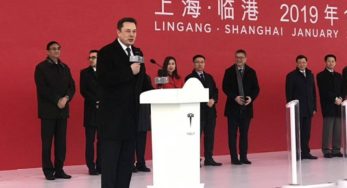 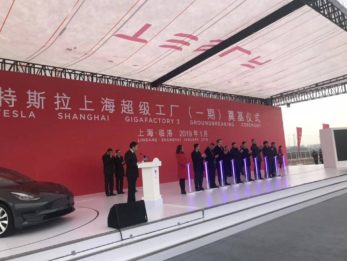 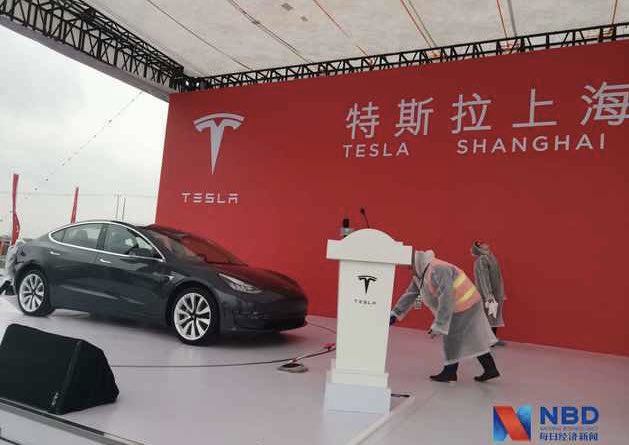 Tesla is aiming to follow an incredibly ambitious timetable for Gigafactory 3. When the company initially announced its target of starting vehicle production within two years after the facility begins construction, many in the United States were skeptical. Wall Street analyst James Albertine, for one, flat-out declared the target timeline was “not feasible.” In Tesla’s Q3 2018 production and deliveries report, Tesla did adjust its estimates, making its timetable even more aggressive. Earlier today, Musk noted on Twitter that the goal is to finish the initial construction of Gigafactory 3 this summer, followed by the start of Model 3 production by the end of 2019. Large-scale manufacturing of the electric sedan would begin sometime next year.

While such an aggressive timeline is classic Elon Musk, it should be noted that Tesla seems to be getting a considerable amount of support from the Chinese government. After the project was officially announced last year, for example, it did not take long before local Shanghai banks granted Tesla low-interest loans to fund part of the facility’s construction. Furthermore, Tesla’s bid for the 864,885-square meter plot of land in Shanghai’s Lingang Industrial Zone went unchallenged. The company’s construction partner,  China Construction Third Engineering Bureau Co., Ltd, is also a subsidiary of China Construction, which is owned by the government.

With support from the local Chinese government, there is almost no doubt that Gigafactory 3 will be completed on schedule. Ultimately, the start of Model 3 production in the upcoming facility would likely depend on Tesla’s capability to ship and set up its equipment in the battery and electric car factory.

Watch Elon Musk’s speech at the Gigafactory 3 groundbreaking ceremony in the video below.