Recent break-ins, frequently reported by Tesla owners in the San Francisco Bay Area on social media sites and forums have left the community wondering if Model S, Model X, and Model 3 vehicles have become a specific target for thieves. While additional safety features are being actively addressed by Tesla via over-the-air software updates, it seems part of the theft problem is related to the assumed value of items left in the pricey vehicles.

According to police reports obtained by Teslarati from the Berkeley Police involving burglarized Tesla vehicles in recent months, thieves have successfully obtained expensive valuables left inside the all-electric cars such as luxury watches, tennis equipment, laptops, iPad Pros, and even a 1.52-carat diamond ring.

The incident reports confirmed the pattern of theft behavior already noted by owner-victims online. The preferred vehicle entry was via the rear quarter window, and after the triangular piece of glass was smashed, thieves would reach in and lower the rear seats to gain access to the trunk. Based on the reports obtained by Teslarati, there was no indication of a day or time preference for the events, several even taking place in the middle of broad daylight.

Between October 2018 and early January 2019, filings with the Berkeley Police reveal that both Model S and Model 3 vehicles were being burglarized at a rate of approximately every other week in the relatively small east bay city. Nearby Oakland and San Francisco have also become hotspots for Tesla burglaries. With the city population four to eight times greater than Berkeley, the assumed total number of Tesla break-ins taking place each week becomes staggering. 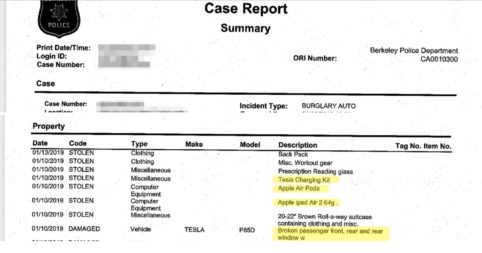 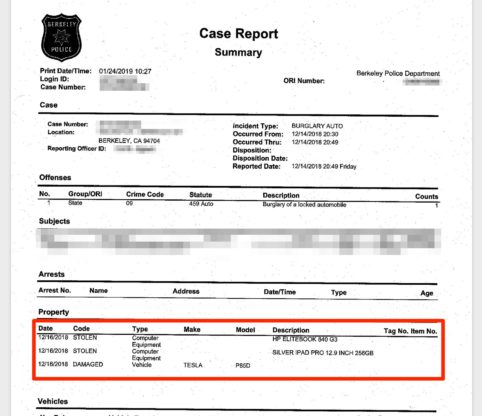 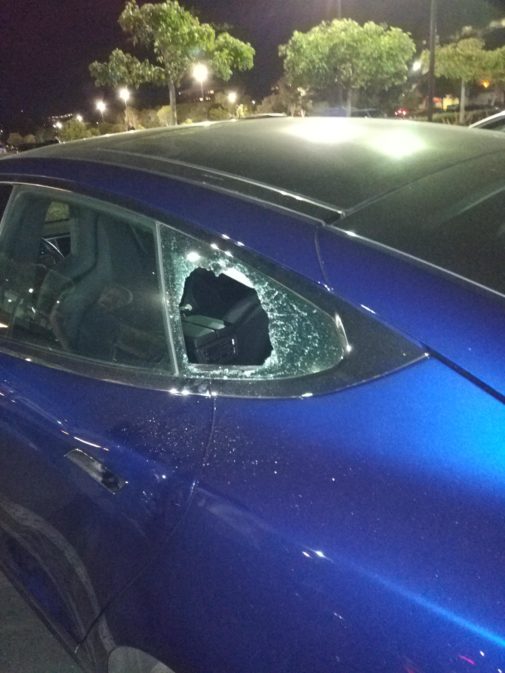 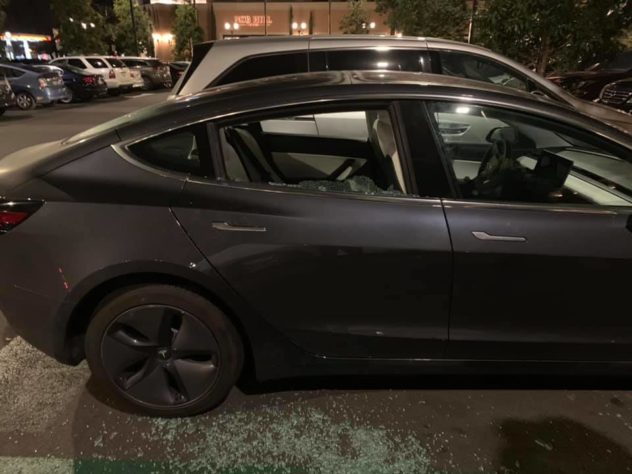 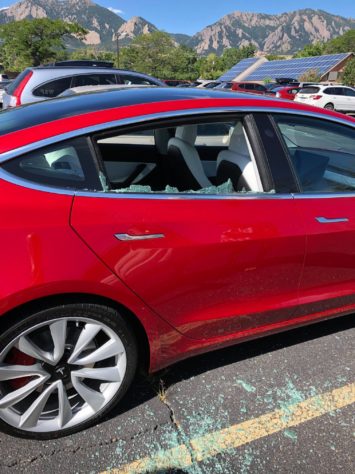 Tesla has not been tone-deaf to the security issues experienced by its customers whatsoever. In fact, several security features have been implemented over the last year. In August, “PIN to drive” requiring a PIN-entry prior to vehicle operation was released in an over-the-air software update to thwart vehicle theft. In November, an Enhanced Anti-Theft device was released via the Tesla online store to monitor movement inside locked Model S and Model X cabins. Another security enhancement came with the Version 9.0 software update, which added a built-in dash cam that enabled owners to record and save footage driving footage to an external USB drive.

Despite the continuous security enhancements being worked on by Tesla, some vehicle owners have opted to create their own solutions while waiting for something more comprehensive from the manufacturer. One tech-savvy Tesla community member and DIY enthusiast, Jon Osborne, designed a 3D-printed locking mechanism that could prevent thieves from gaining access to a Tesla vehicle’s trunk – the location frequently targeted by thieves. Another 3D printed device for sale with a similar purpose called the “Drop-Lock” was designed to install into the rear seat folding levers to prevent would-be burglars from gaining easy access to the trunk via the back seats.

Finally, of course, is the coming comprehensive security solution described in several Twitter discussions by CEO Elon Musk: the Iron Man-reminiscent Sentry Mode. Sentry Mode will likely aim to attract as much attention as possible to vehicles during a detected burglary. The security feature is expected to play Bach’s Toccata and Fugue during robbery attempts.