Speaking at the 2019 Smallsat Symposium, SpaceX Vice President of Commercial Sales Jonathan Hofeller announced that the company will try to break the launch record it set last year in 2019. That record stands at 21 successful missions, while President and COO Gwynne Shotwell stated in a May 2018 interview that she was anticipating 24-28 launches in 2018 and ~18 in 2019.

Ranging from Crew Dragon transporting astronauts and a duo of Falcon Heavy missions to perhaps ten commercial satellite launches, 2019 will undoubtedly be full of major events for SpaceX. However, SpaceX’s publicly-available launch manifest suggests that there will be no more than 18 government and commercial missions ready for the company to place in orbit before 2019 is out, implying that Hofeller may be hinting at launches that are not yet public.

In just the last two years (24 months), SpaceX has successfully launched Falcon 9 and Falcon Heavy an astounding 40 times, averaging approximately one launch every 2.5 weeks. In 2017, SpaceX demolished its own prior cadence record with 18 launches, a record the company’s exceptional workforce summarily proceeded to beat in 2018 with 21 successful missions launched. A vast majority of those 40 missions (27 to be precise) were the result of competitive, commercial contracts that SpaceX has been extremely successful at winning, thanks largely to the nearly unbeatable pricing of Falcon 9 and Heavy.

Much like most other launch providers, SpaceX plays its manifest extremely close to the chest, rarely revealing more than a blanket status update. For example, SpaceX’s website states that it has “has secured over 100 missions to its manifest, representing over $12 billion on contract.” Thanks to the general drought of official manifest information, the closest approximation to a real SpaceX manifest has traditionally been maintained by members of spaceflight fan communities like /r/SpaceX and NASASpaceflight.com, using the best aspects of organized crowdsourcing to create an extremely reliable snapshot of launch contracts scheduled within ~24 months.

However, compared to SpaceX’s claimed manifest of 100+ missions at an average cost per launch of ~$120M (twice Falcon 9’s $62M list price), crowdsourced SpaceX manifests – based on mostly public information – show fewer than 60 possible launch contracts between now and the end of 2024, a majority of which are for the US government (Crew and Cargo Dragon, Air Force GPS launches, and a few NASA spacecraft). Given SpaceX’s confident use of “secured” and “on contract”, the massive gap between public manifests and SpaceX’s claims leaves more than 40 launches almost completely in the dark. 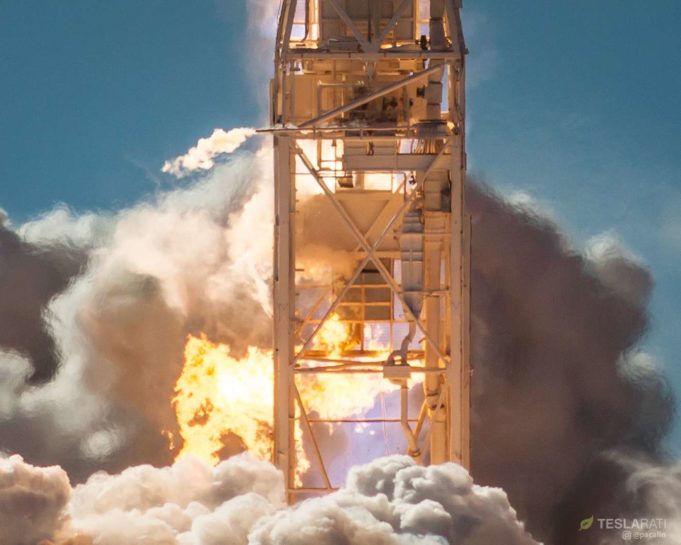 Falcon 9 B1046 lifts off for the third time. (Pauline Acalin) 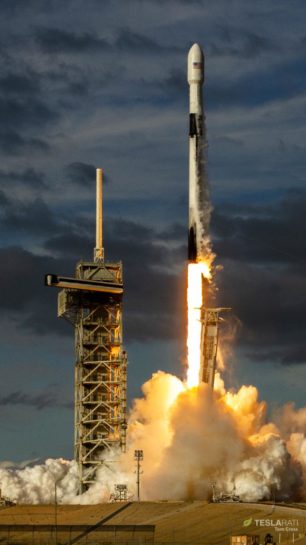 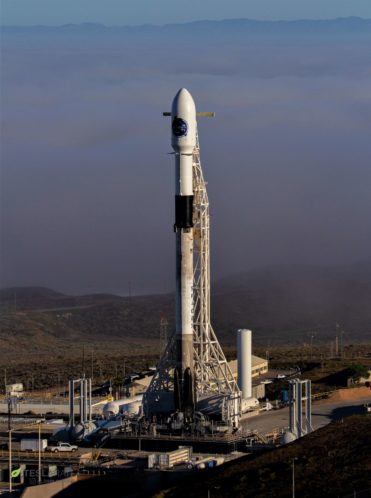 Falcon 9 B1048 appears out of the fog prior to its second orbital-class launch. (Pauline Acalin) 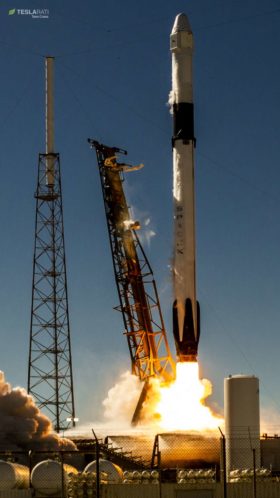 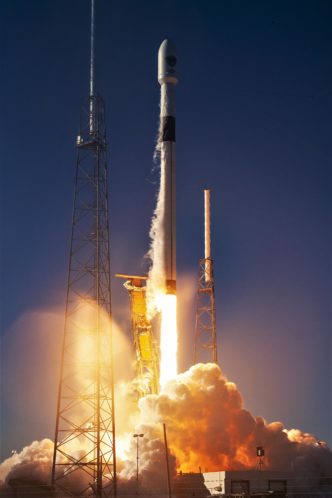 Falcon 9 B1054 – sans grid fins or landing legs – lifted off for the first and last time in support of the USAF’s first GPS III satellite launch. (SpaceX)

Hofeller’s Feb. 6th comment is thus just a tiny taste of SpaceX’s potential mystery manifest, indicating that the company has more than 21 payloads to launch in 2019 while public info reveals no more than 17-18 likely to be ready. Where, then, might Hofeller find an extra 4-5 missions that public observers would not normally be aware of?

The simplest answer least reminiscent of a conspiracy theory is Starlink, SpaceX’s global constellation of at least 4425 satellites. While it would be an extraordinary achievement, Reuters reported in October 2018 that CEO Elon Musk had gone as far as firing multiple senior managers of the young satellite program to install new managers with a singleminded goal: begin launching operational Starlink satellites by mid-2019. A little over six months after Musk’s Starlink shake-up, SpaceX has pivoted towards rapidly building and launching around ~1500 first-generation satellites with more conservative capabilities to lower orbits relative to the original Starlink specification. 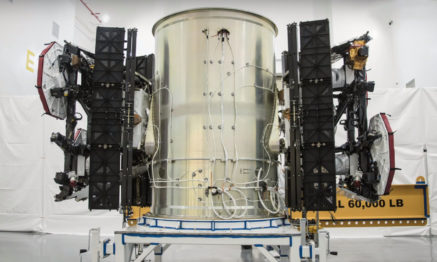 SpaceX also received a major Starlink contract from the US Air Force Research Laboratory worth almost $29 million, $19.1M of which was dispersed to SpaceX in October 2018. As of late 2018, the company’s Starlink branch had already pivoted toward ramping up production of the first several batches of operational Starlink satellites. According to a number of employees, SpaceX’s first two Starlink prototype satellites – known as Tintin A and B – were a programmatic success and continue to operate in orbit today after proving out a number of critical Starlink technologies. As such, it’s not out of the question for operational Starlink launches to begin as early as mid-2019, although Musk’s aggressive schedule is likely more than a little overly optimistic.

Assuming Starlink is greeted with a perfect production ramp and the first 10-20 spacecraft make it to orbit in good health by June 2019, it’s at least not inconceivable that a second and third launch could follow, perhaps with a 3-month launch cadence (June/September/December). The chances of this happening are probably about as slim as they come, but it does offer one possible way for SpaceX’s apparent ~18-launch manifest to jump up to 21 or more missions. The next most probable route to 21+ launches involves at least one or two Starlink-specific launches, followed by another one or two launches for a secretive US government customer like the National Reconnaissance Office (NRO).

The top secret Zuma spacecraft could be alive and well doing exactly what it was intended to: https://t.co/bK6x38KyIL

In January 2018, SpaceX successfully launched a spacecraft called Zuma with no known customer aside from a generic US military agency. Despite an ambiguous potential failure of the satellite – attributed to a Northrop Grumman deployment mechanism – just days after launch, a variety of anonymous sources indicated that Zuma was just the first in a series of new military satellites with a focus on SpaceX as the primary launch provider. The value of the intensely-secretive program was estimated to be in the billions of dollars, implying a veritable constellation of mystery satellites that could provide SpaceX several additional launch contracts.

Now a little over 12 months distant from Zuma’s bizarre debut, it’s conceivable that the next phase of the secretive satellite program is scheduled sometime in 2019. Ultimately, the general public is unlikely to learn about any potential mystery SpaceX launches until they are imminent, barring comments from executives or sourced leaks making their way into the news. For now, we wait.